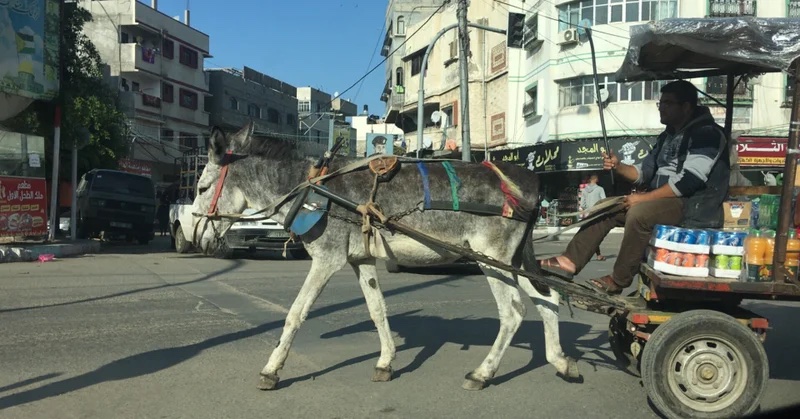 Ms. Ayat, one of our local staff in Jerusalem, visited Gaza for the first time and had a good experience. I will introduce her report in three parts. 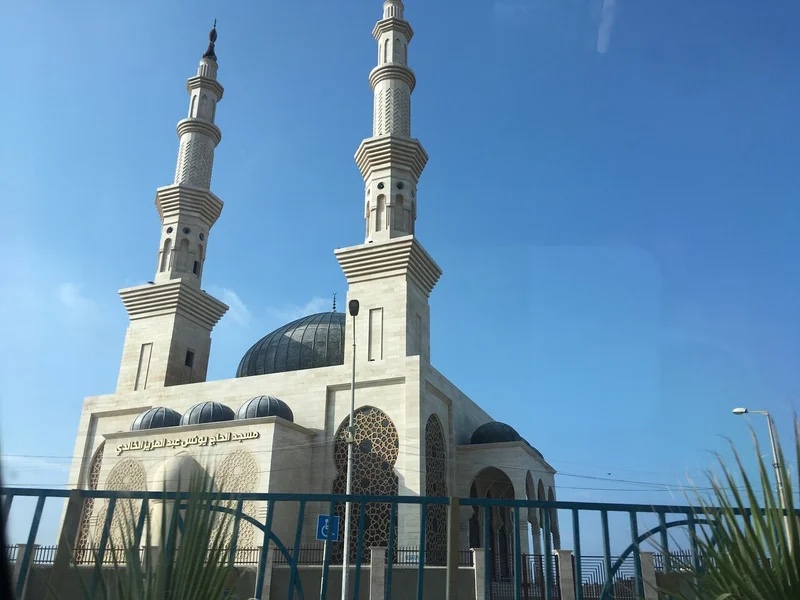 A mosque in Gaza

Gaza had been off-limits for a long time, so we were not allowed to enter there. Therefore, when I visited Gaza for the first time, it seemed to be a very distant place from Jerusalem.

I had many stereotypes about Gaza. It might be because of various briefings on life in Gaza I received for many years. Most of what I had known about Gaza is about “war”. People told me that Gaza is not a right nor safe place for a woman to go even for business. So, I prepared long pants, wide pants, long sleeves, plenty of long jackets, and long blazers that cover my body shape just in case.

On the day of departure, I waited for a taxi around the corner next to my place, super excited and ready. A taxi came to pick me up at about 6:45 am. There was some traffic on the way but nothing unusual, we took the same road we use heading to the beach in Yafa or Tel Aviv, and then finally got to the Erez border crossing. 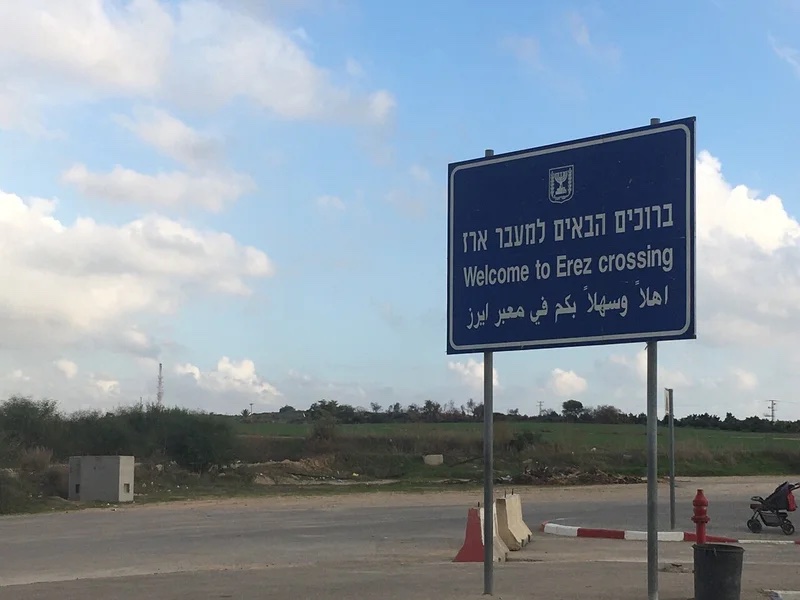 In front of the Erez crossing

Let’s talk about passing through the Erez crossing, which is on the border between Israel and the Palestinian Gaza Strip.

I didn’t really feel like actually going into the Gaza Strip. First, I showed my Jordanian passport (*1), which is the only travel document I have besides my Jerusalemite ID and was used to get an entry permit as well.

It took me a very long time compared to my Japanese colleagues, but I managed to get to the next step, another room on the Israeli side of Erez. In that room, I handed them my passport and ID and received a paper with my picture on it.

After a short bus ride, we arrived at the checkpoint of Fatah, the government of the West Bank. It wasn’t a big deal; they registered my name and took a picture of the immigration entry form. We went back to the bus and then headed to the checkpoint on the Gaza Strip side. That’s where the official procedure and registration began. They asked us general questions, our names, room numbers, occupation, and even the project title. 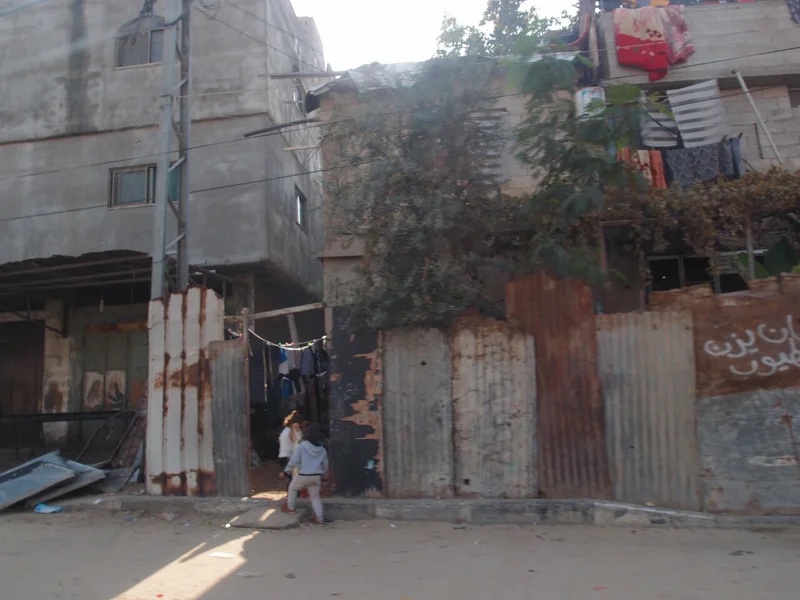 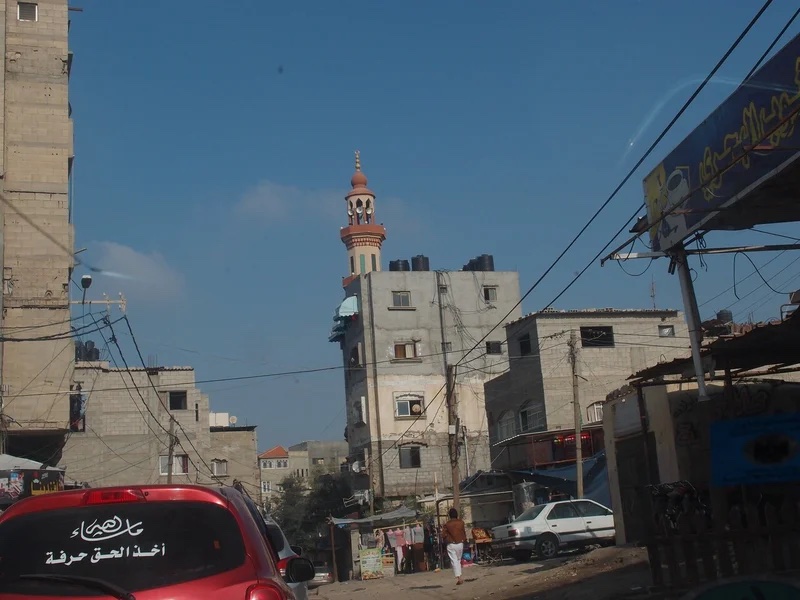 Then, finally, we entered Gaza. The first thing that came up to my sight was a giant signboard with a picture of Sisi, the President of Egypt! It was such a strange sight. Gaza was like a mixture of the West Bank and old Amman.

We took a taxi to the community center, where the workshop had already started. When we arrived there, Rana, the coordinator of our partner organization AEI, was just giving a lecture on child development. The participants were very excited and delighted with our visit since they heard in advance that we were coming from Jerusalem. They missed Jerusalem so much, even though many of them had no chance to visit there. They talked to us during a session break. The Al-Aqsa Mosque in Jerusalem is so beloved and admired by the locals that many pictures of Jerusalem and the Al-Aqsa Mosque are everywhere in Gaza.

Just after entering the Gaza Strip, I found another signboard with messages and illustrations of solidarity for the Sheikh Jarrah area of East Jerusalem, which is suffering from house seizures from Israeli authorities. When I saw this signboard, I got a warm feeling and the distance between myself and the people in Gaza suddenly disappeared. Gaza, what a city that survived so many wars! The people are still learning and laughing! Even though I wasn’t wearing a headscarf, for all that, I didn’t have any awkward moments so far. (*2) 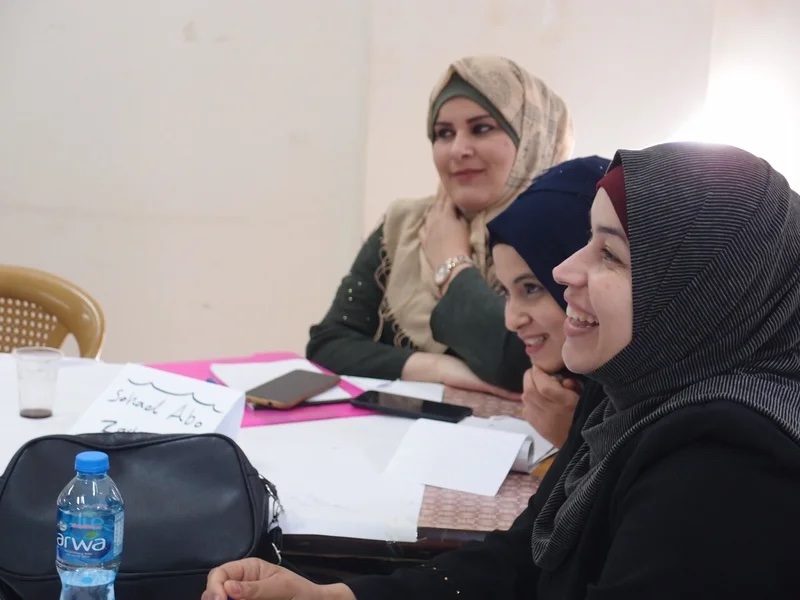 The scenery of the workshop

I also encountered a Syrian family who has Palestinian roots. It’s scary to think that they’ve been stuck in Gaza for 10 years after they fled to Egypt from Syria. Without any paperwork, official documents, or passports, families living apart in Syria and Gaza can’t achieve a healthy and safe life while the war is still going on.

(*1) This is not proof of Jordanian citizenship and does not include a Jordanian national ID number. Most Palestinians living in Jerusalem are thus stateless. Some apply for and obtain Israeli citizenship for convenience.

(*2) Women in Gaza usually wear headscarves to cover their hair. If a woman doesn’t wear it, she may be gazed upon by the people on the streets.