Establishment ceremony for a community forest

Many people in Laos live in rural areas and make a living by farming and gathering mushrooms, fishes and so on from surrounding forests and rivers. On the other hand, large-scale development projects such as the construction of hydroelectric power dams and plantations are causing unjust land expropriation and environmental destruction, creating a negative impact on the local people. Also, the locals themselves are expanding the cultivation of cash crops until they realize in the end that they have lost their common forest. In order to support the stable life of local people in villages, we are providing agricultural techniques trainings for better livelihood and work for the management and sustainable use of natural resources with people in rural areas. 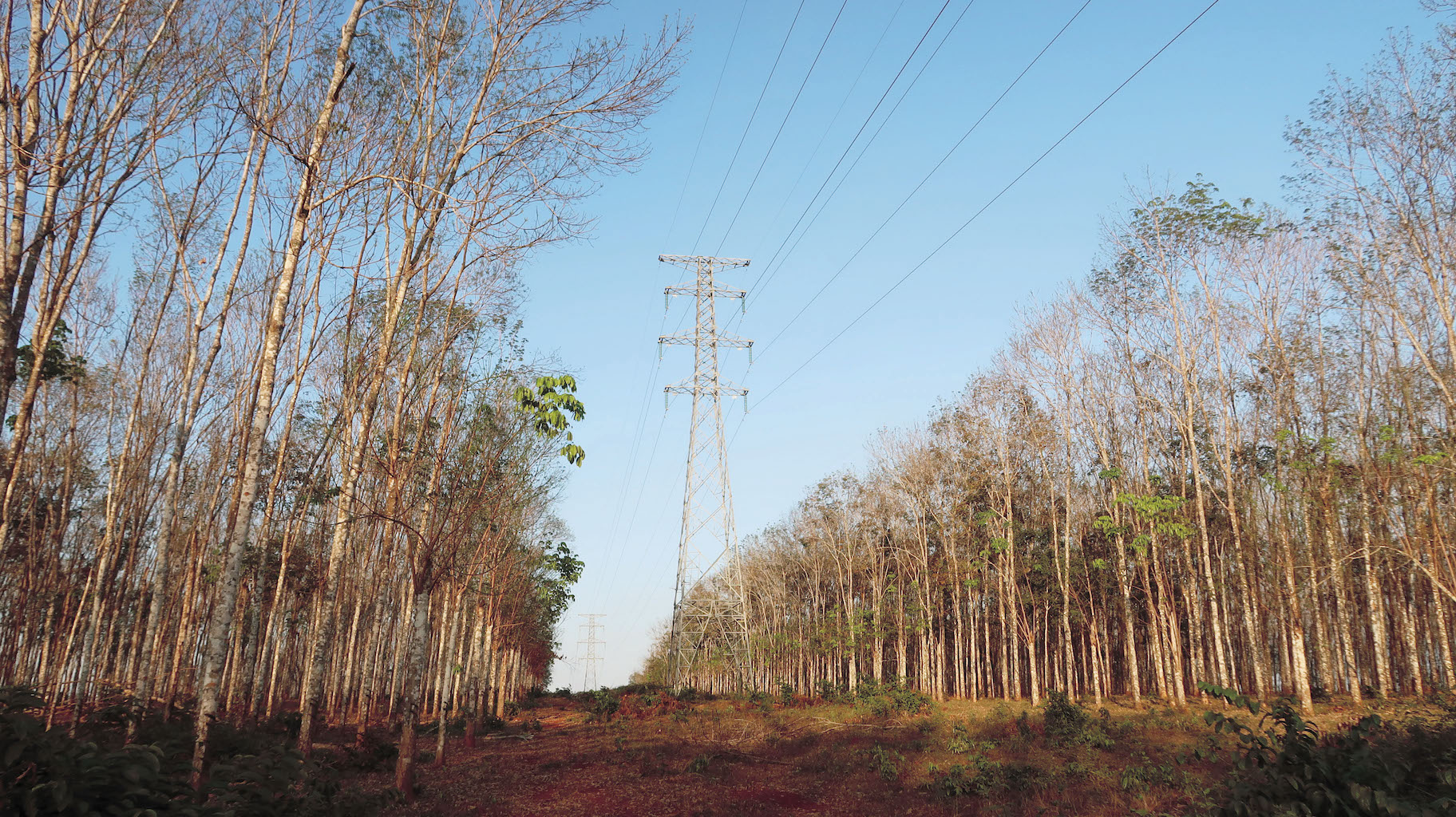 Rubber plantation and transmission lines for a hydroelectric dam

Stories from Our Activities

Mr. Thomthip (50s), the head of Nalaikhok village, said: “The fish in our river have decreased in the past 20 years because many villagers catch and sell fish. There was a fish conservation zone from before, but it was just a mutual agreement among villagers. Together with JVC, we made regulations, documents, and signboards to indicate the conservation zone. By utilizing them, we can explain about fish conservation to people from other areas and our younger generations. So far, we have not seen any violation of the prohibition rule, and I am confident about the management. JVC staff, including those all the way from Japan, came to us and supported many groups in our village even when it rained or when it was extremely hot. There was no such project in the past. JVC gave us not only resources but also knowledge which helped us learn very much.”

Mr. Thomthip talking about the status of the regulation on the fish protection area

Supporting independent management and use of natural resources

We established two community forests and four fish conservation zones in our ten project villages. We monitored and confirmed that the regulations are being implemented without any problems. We also handed out booklets containing information on the village boundaries and the history of the three villages. We attended meetings of local network organizations and helped them to decide the content of a legal calendar, which disseminates legal knowledge during legal training. 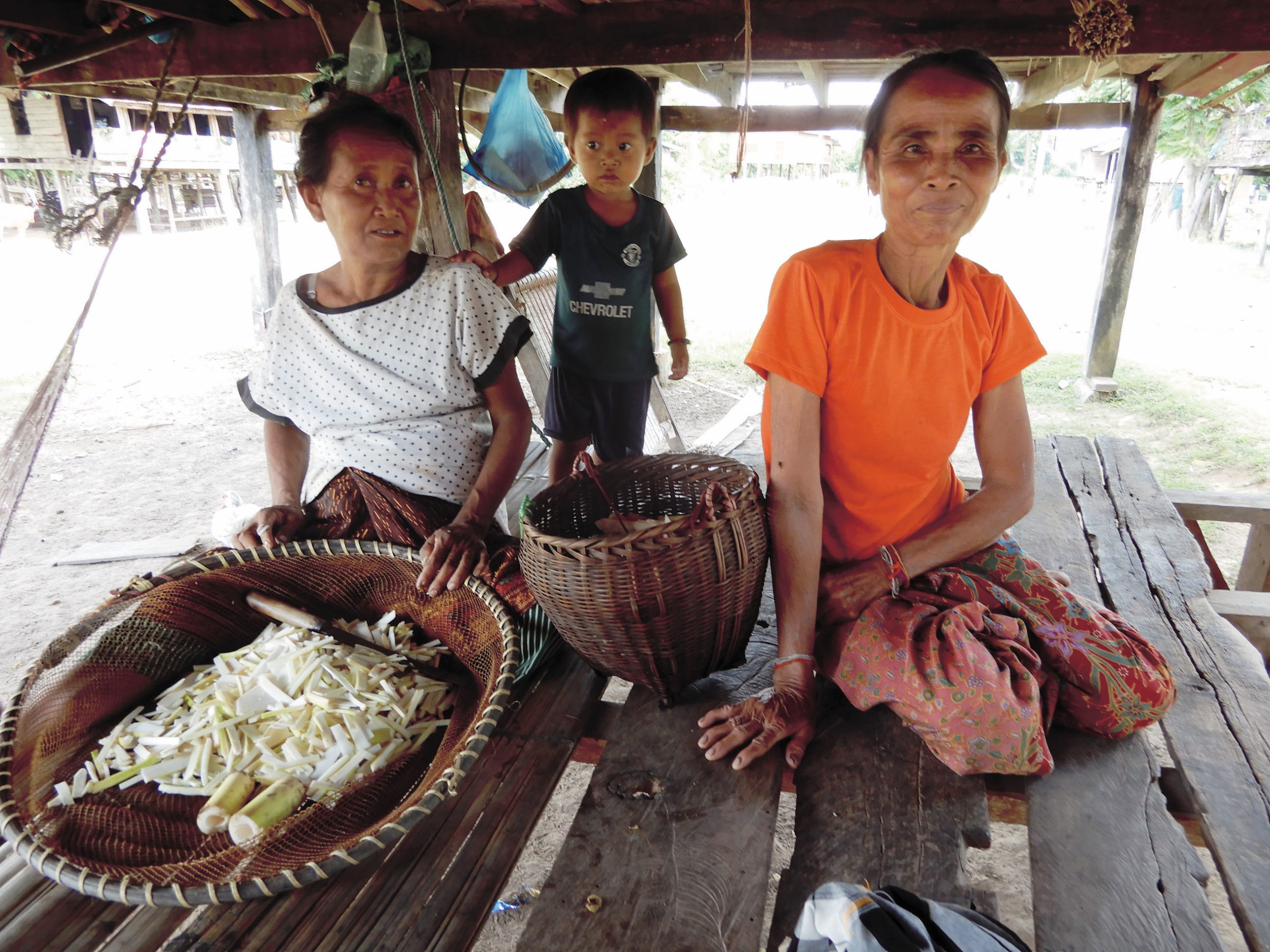 A villager reading a booklet on village data

The community forests and fish conservation zones are operated well by the villagers, and it has become easier for them to avoid troubles such as unfair land expropriation and overfishing. The management of natural resources will be continued by the villagers and local administration. As for the legal calendar, we suggested several points referring to the examples from our project sites. For example, in the case of development, it is important to disseminate adequate information beforehand and get a consensus from the villagers based on their free will, to let villagers participate in the decision-making process about the use of land by the government and investors, and to enable villagers to lobby the administration to obtain land certificates based on the customary use of land. These points were adopted in the calendar.

We monitored the status of the agricultural skills and farm village development activities we taught in the past trainings in ten project villages. We also held additional trainings such as rice cultivation, fruit growing, fixing deep wells, and so on.

Training on choosing seedlings of fruit trees and permanent planting

More people put the farming techniques that they learned into practice. We found some techniques such as rice cultivation take root and some households actively grow mushrooms and rattan even though they have not received any training. In a village, where mushroom plantation was not common, people used to buy mushrooms from neighboring villages or in a central market, but now they grow their own and even share them with their relatives. In addition, it is expected that common facilities such as reservoirs, wells, and a livestock bank will be maintained and operated by the villagers continuously.

Completion of the project and drafting a new project

We completed the three-and-a-half-year project after handing over the activities to the local authorities and making a final evaluation. After that, we searched for a new project site and decided on drafting a new one in the Sekong province located in Southern Laos. 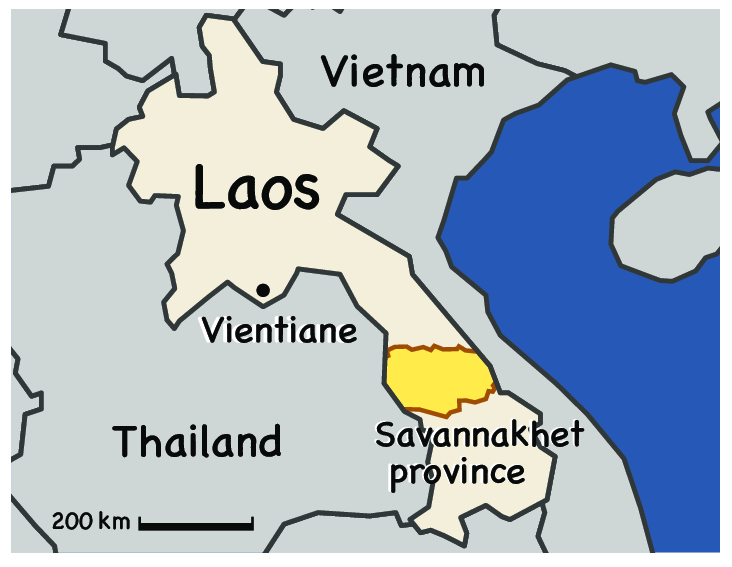